Worked as Managing Director of StreeNidhi A P and Director (Bank Partnership) at SERP (Govt. of AP). He has also worked as International Microfinance Specialist for the World Bank funded project in Cambodia, COO of SKS Microfinance, Associate Vice President of BASIX group and Manager of Canara Bank. He has handled several international consultancies.

Mr. Reddy is Founding CEO & Managing Director of MAS (formerly known as APMAS). He is also a visiting faculty at the Coady International Institute, Canada. He works closely with Government of India and State Governments on various policy issues. He is on the Executive Committee of the Smart Andhra Pradesh Foundation. He has been providing advisory and consultancy services to the IFAD, World Bank, DFID, CGAP, GIZ Germany, DGRV Germany, CARE, CRS, Raks Thai Foundation of Thailand, State Governments and a large number of NGOs in India.

A Chartered Insurer with 28 years of General Insurance experience with multi-national insurance companies. Started Enaya Insurance Company in Kuwait and lead the same as Vice Chairman and CEO for 7 years in his last capacity before returning to India in 2015. Since then he is engaged in building several new businesses.

Vasumathi has over 20 years of experience in rural and urban livelihood promotion and financial services. In BASIX, she was heading Financial Inclusion portfolio enabling 3.5 lakh women access banking services while building asset portfolio of Rs 400 Crores to a Private Sector Bank. She is serving as founding director of Telangana Rythu Producer Company Limited, a consortium of FPOs in the state of Telangana and is Acumen India Regional Fellow 2014.

Santosh Gogulamudi, Head of IT

Santosh is a postgraduate in Computer Sciences. He is also a Certified Oracle associate. He served as Project lead in Tech Mahindra Company Limited for over 3 years. He has acquired considerable professional skills while handling MDM & E-Governance Projects. He has also served as Technical lead in TCS. He contributed in development of bank linkage S/W that is helpful for monitoring SHG bank linkage loans at state level (SERP) as well as National level (NRLM ). 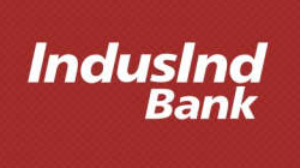